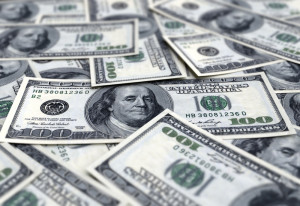 Updated Post: What if you were given $10 million dollars, but could only spend it on your school. This decision rests only with you and your fellow teachers. No one else can influence your choices or have a final say.  There will be No Top Down Decision-Making, it’s up to you!  How would you use the money?

Would you choose to spend it on more technology in the classroom? Billions of dollars have gone towards this pursuit.  Is it money well spent? Has your school invested in or received grants to purchase new computer systems and smart technology? If so, has it improved outcomes for your students? Did you feel that adequate research was done before the investment? Not everyone is convinced that more technology leads to better outcomes. Check out this article from time.com.

Would you choose to spend it on more testing for your students?  Across the country, millions of dollars have gone towards new tests, test prep, and curriculum guides. Is it money well spent? Has your school gone this route as well? If so, has it improved outcomes for your students? Has it helped to create a healthier and more conducive environment for academic and personal growth? Or does it actually have you considering leaving the profession entirely? This teacher did.

Would you choose to spend it on more security for your school? Billions of dollars have been spent on securing schools across the Nation already. Schools in Michigan alone have spent millions of dollars on creating safer schools. Is it money well spent? Are students actually safer because of the investment? NBC news asked the same question. Read what they have to say here. Has your school invested in new security systems, armed guards, metal detectors and other measures? If so, has it made your school safer? Do your students feel better? Do they perform better? Do you feel safer?

Would you choose to spend it on basic school supplies and materials for your students? It’s true, school budgets across the country are not the same and in many cases they are drastically different. However, according to the Center on Budget and Policy Priorities most States are funding schools less than they did before the last recession.  That said, has your school invested in basic school supplies and materials? If so, has that investment impacted your student’s lives?  Or, is it the case that you the teacher are left paying out-of-pocket for supplies or having to fundraise in order to purchase them? According this report, 91 percent of all teachers spend some of their income on their students. That report was from 2015.  This article from 2018 just confirms what you already know because you are a teacher.

Would you choose to spend it on art and music programs for your students? Many schools across the country have invested in..oh wait, I meant many schools across the country have cut their art and music programs.  Has your school done so? If so, how has it affected your students learning and well-being? This article from PBSparents might give you some talking points if you are trying to convince your administration about the importance of art in child development.

Would you choose to spend it on more physical education and outdoor learning? Many schools have invested, oops I meant many schools have cut their physical education and recess budgets.  Is your school one of them? If so, how have the cuts affected your student’s academic performance and well-being? This great post from Phit America illustrates the connection between physical activity and academic achievement.

Would you choose to spend it on more field trips? You guessed it; field trips have been cut back and in many cases eliminated in schools nationwide. Has your school stopped going on field trips? If so, how has that affected academic performance and overall well-being? Would you bring them back if you could? Do you see value in them? Do they help your students learn better? Check out this article on why field trips matter.

Would you choose to spend it on a better salary for you and fellow teachers? We would understand if you did. With the exception of a few States, the majority of teachers in this country are just getting by. According to Education Week 1 in 5 teachers have a second job just to get by.

I wrote this article because I believe teacher’s voices need to be heard. Their wisdom needs to be sought out and considered when policy makers contemplate sweeping reforms and changes. Experts who have never taught in a classroom are paid enormous salaries to create programs and curriculums that might get used for a year or never at all. Look at this story about L.A.’s failed iPad initiative that cost millions. I think before districts even consider a new program or policy they should first consult with veteran teachers who have documented success. If a bold new idea does not hold water with a classroom veteran, then that idea might be flawed. According to this article from Moyer’s and Company, proponents of school reform might be getting things wrong.

I find it interesting that new data and research always seems to lead us back to the things we sought to change.  As mentioned earlier, extracurricular lessons have been curtailed or in some cases completely eliminated in schools nationwide. Art, music, physical education were viewed as nonessential and to time-consuming. Experts believed time was better spent on math and science education. Turns out extracurricular activities are actually vital to learning and overall health and have long-lasting benefits. Check out this article for more on the subject.

The push for high stakes testing has been extreme to say the least.  It has been the driving force behind education reform, but not everyone is convinced of the benefits. There are countless blogs and articles documenting the rise of the anti-standardized testing movement. Students and teachers have walked out of school together to publicly protest against these state tests. Check out this article titled Reports: High Stakes Testing Hurts Education for more information.

Ok, back to my original question. If you had Ten Million Dollars that could only be used on your school, what would you spend it on? Please tell us below. Your voice needs and deserves to be heard! #teachersmatter 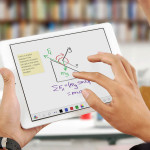 Have you heard about Limnu yet? If not, you are going to be happy you choose to read this post.  Limnu is an interactive, online white board that allows teams to collaborate and brainstorm ideas in … END_OF_DOCUMENT_TOKEN_TO_BE_REPLACED