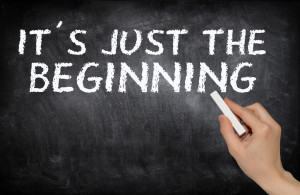 As the end of the school year approaches, are you saying goodbye to fellow faculty members who are retiring?  Or maybe you are the one closing the books on a long career in the classroom.  If so, what’s next for you?

Today, many individuals are redefining what it means to be retired and maybe you can too.  After all, most of your career was focused on educating others, managing enormous amounts of paperwork, navigating hours of parent and faculty meetings, and dealing with copious amounts of stress.  You do deserve a break, but it doesn’t have to be a restful one!  Now more than ever, many retirees want to stay active and live fulfilling lives.  Some take on new projects or even totally new second careers, either out of need or because of their desire for new challenges and experience.  Take a look at some of these amazing figures who have done things way past the age where people say they should be tiring out.

At age 92, Harriette Thompson is the oldest woman to have finished a full marathon. She was recently in the news for finishing this years San Diego Rock ‘n’ Roll Marathon, the 16th under her belt, and still plans to do it next year, if her health allows it.  She has survived more obstacles than just age – including cancer.  Her occupation as a classically trained pianist may be quite different from being a runner, but it is her running that allows her to joyfully raise money.  She has raised over $100,000 for organizations that help those with cancer.

Or take 95-year-old Charles Eugster, who is featured in this Health.com video breaking the record for the 200-meter sprint for his age group in a London competition.  Charles, a retired dentist, didn’t start exercising until age 85 and body building at age 87.  He attributes exercising to keeping him in excellent health. But you don’t have to be a runner who is getting on in years to overcome some major obstacles.

Take the late Mary Kay Ash of May Kay cosmetics.  Her name is probably very familiar to you, as many have started their own commission businesses by selling her products. But did you know that the woman behind the name was retired before she even started this business? As noted on her website at MaryKay.com, after three children and a divorce, she retired from direct sales and wrote a book wanting to help women survive in business against their male counterparts. Her second husband passed away from a heart attack a month before she got the business off of the ground. With a $5,000 start, she turned it into one of the most successful brands of its type that still thrives as a lasting part of her legacy.  Indeed, she educated women how to overcome when the odds were stacked against them, but perhaps you’d like to hear what some actual teachers have done after working in education systems across the country?  Here are a few stories:

Denise Millben taught for 26 years and served as assistant principal at Sutton Elementary School. She is also co-pastor of a church near Muncie, Indiana, according to this Fairfield Citizen Online article.  After touring the country of Liberia, while many feared Ebola in the region, she decided to start breaking ground on The House of David, a school that will serve hundreds of children living in the area, who have no access to education.

David Arbo was an engineer for 10 years, and then a 25-year science and physics teacher, with his tenure spent mostly at St. Scholastica Academy near New Orleans, Louisiana. After retirement, he invested in and now operates Covington Brewhouse, according to this New Orleans Advocate article. David along with a few associates, pooled their money and now have a growing business with several beers on tap.

Carol Van Epps worked for 30 years as a foreign language teacher in Ithaca and also as an art teacher in the Candor Central School District in New York before becoming a massage therapist 16 years ago. In her new role, she had to return to the classroom, spending hours learning the skills to pass the requirements for her certification, according to this Ithaca.com news article.

Your limitations do not have to determine your path and you don’t have to travel far to find success. Take Richard Downer, a 50-year-old retired teacher who has been confined to a wheelchair all of his life, as he suffers from cerebral palsy.  He worked for 24 years in the Miami-Dade School district and continues with his TIME mentoring program guiding teenagers, according to this Hollywood Gazette article.

In retirement, you may parlay your education background for related work, or discover a whole new skill, or finally get that business dream off the ground, making your “retired teacher” life active and on your terms.  Teachers, have you thought about a second career or special project as you head into retirement? Tell us at TeacherCents.

Dr. Daniel J. Siegel’s book Brainstorm is good for parents, adolescents, and teachers. His book is fairly easy to read and he even provides a handy acronym to help us remember the essence of this … END_OF_DOCUMENT_TOKEN_TO_BE_REPLACED