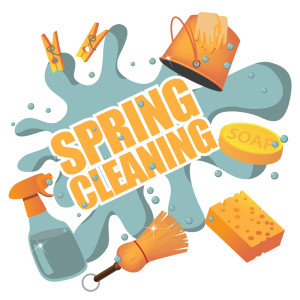 Is it penny-wise to hang on to items without an expiration date, or are you risking your own health?

The USDA recently suggested that shoppers should curb food waste and still use many items, even if they are passed their expiration by a year to a year and a half, as noted in this Washington Examiner article. Perhaps you’re like me, questioning that notion, especially when Listeria also recently made the news, when it was traced to ice cream, hummus and other foods with popular brand names, as noted in this Forbes article.  But not all items around your house or workplace may be perishable and you may be wondering if they have any expiration date at all?  In the midst of spring cleaning, are there harmless items that you can hang onto forever?  Or if they don’t have any expiration, when might it be time to toss them? Some decisions may have a clear impact on your health.  Here are a few tips for items in the home and on school grounds:

Towels maybe last until threadbare  but, they should be washed after one to three uses, over their common five to 10 year lifespan.

Toothbrushes or anything that you put in your mouth or on your face should be addressed daily. Some even suggest that an overly dirty toothbrush may cause health problems, such as heart disease or cancer and should be replaced after illness or after a few weeks of use, according to this Fox News report.

Bed – long ago, Oprah featured a show suggesting that mattresses should be vacuumed weekly because of dust and mites’ droppings. The alternative was to use a removable cover that can be washed with ease. The standard is still about 10 years of wear on the mattress.

Duvets and pillows can harbor dust mites and germ particles, so replace pillows every two years and duvets every five years. Could that be the cause of a scratchy throat each night? Review this article by Daily Mail.

Cutting boards: Use wood for meats and plastic for veggies and other items, and sanitize separately, according to this previously mentioned article that appeared in Daily Mail.  But any deep grooves on your boards means it’s most likely time to toss, sorry.

Carpets: even if you rent your space, you may want to consider changing it on average of seven to 10 years, as noted in this article featured in Dumb Little Man. Heaters or low-lying air cleaners can sometimes pick up germs from the carpets and recycle them into the air.

Underwear and other undergarments? A survey revealed (to the crowd’s disgust) that Englishmen were keeping their underwear for an average of seven years.  But according to Men’s Health, it’s better to go ahead and change over to a fresh batch of socks, underwear and undershirts once a year.

Debating if you should hang on to a few items for next year? Or maybe budget cuts are forcing you to do so? Consider how germy some items may be, from pencils to rulers, and replace the ones that aren’t designed to last longer than the 180 day school year.  After watching this video on how fast germs can spread you might just want to start next year with fresh supplies.  It sure beats hand cleaning every single item in the classroom.

Do you save money by continuously using everyday items for as long as possible? Or are you nervous about illnesses and oust things routinely, even if it means spending the extra cash on new goods?  Tell us at TeacherCents. 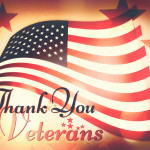 Updated Post: Tomorrow is Veterans Day and TeacherCents wants to say thank you to all who served and currently serve in the Armed Forces. For those who paid the ultimate sacrifice and will never … END_OF_DOCUMENT_TOKEN_TO_BE_REPLACED 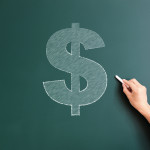 Updated Post: This post has been updated and is being shared again in honor of Financial Literacy Month.  I know it is not April yet, but the lessons and activities shared here have no expiration … END_OF_DOCUMENT_TOKEN_TO_BE_REPLACED

I am not going to start out by telling you that it’s difficult being a teacher. I won’t tell you that teachers often work 2 and even 3 jobs just to get by. I won’t tell you about the exodus from the … END_OF_DOCUMENT_TOKEN_TO_BE_REPLACED 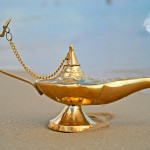 Updated Post:  The main reason I am reposting this updated article is that sadly very little has changed since I first wrote this four years ago. Your voices as teachers need to be heard because … END_OF_DOCUMENT_TOKEN_TO_BE_REPLACED